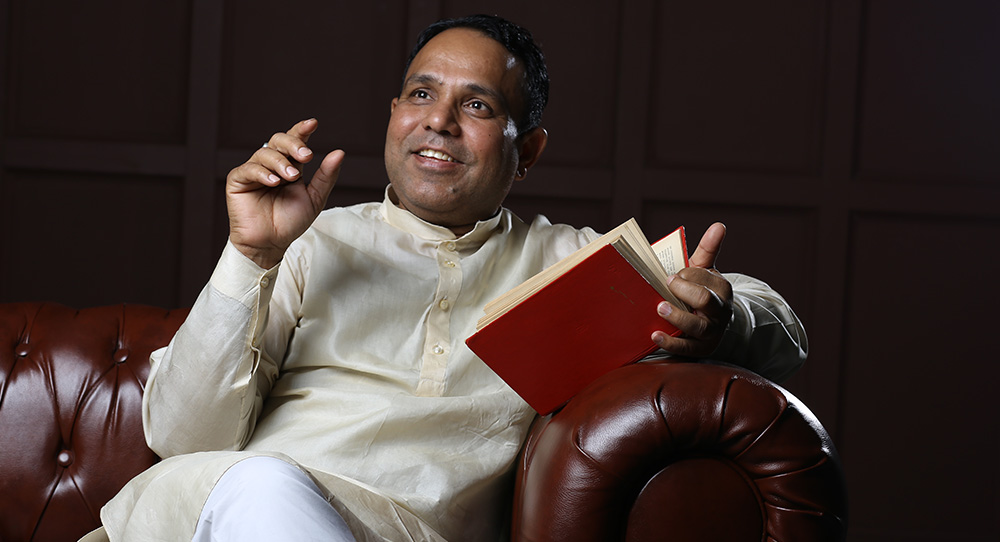 What do your stars tell about you? Are your planets in the right order to help you attain maximum prosperity? What is the cause of hurdles in your personal and professional lives? Why aren’t you attaining your life goals? Astrology has the answer to all these questions. Get in touch with Pandit ji Kajol Shastri, and find out how your stars align with your fate.

Empower your architecture with the intriguing science of Vastu Shastra. Screen your abode from the floating negative energy and let the universe bring optimism to you. Streamline your thoughts, live a healthy life, enhance mental peace, invite tranquility and become closer to your higher power with Vastu consultation from Pandit Ji Kajol Shastri.

Sanskrit- The language of the Vedas

Many scientists and specialists in the field of modern linguistics believe that once, in the immemorial times of the distant ancestors, there was a single Proto-language on Earth. Today it is considered proven that the root of all modern languages ​​and the primary language of the Indo-European peoples is Sanskrit.

It is in this Language that the most ancient Vedic texts of the ancient Aryans are written – Rig Veda, Sama Veda, Yajur Veda, Atharva Veda, etc. Their age is over 8000 years. The sound of Sanskrit is directly related to the physiology of the body.

In Sanskrit, the staff is reproduced as SA-RE-GA-MA-PA-DA-NI-SA (analog of Do-Re-Mi-Fa-Sol-La-Si-Do). Moreover, each sound resonates with a specific organ of the body. This is the region of the Gandharva Veda.

A unique opportunity not only to immerse yourself in the atmosphere of Sanskrit but also to feel within yourself previously unknown vibrations, in the process of joint recitation of Vedic Hymns with PANDIT-JI KAJOL SHASTRI. Internal revitalization, harmonization, the response of “asleep” stressed organs will certainly manifest themselves.